A futuristic vision of the historic Lincoln Theatre 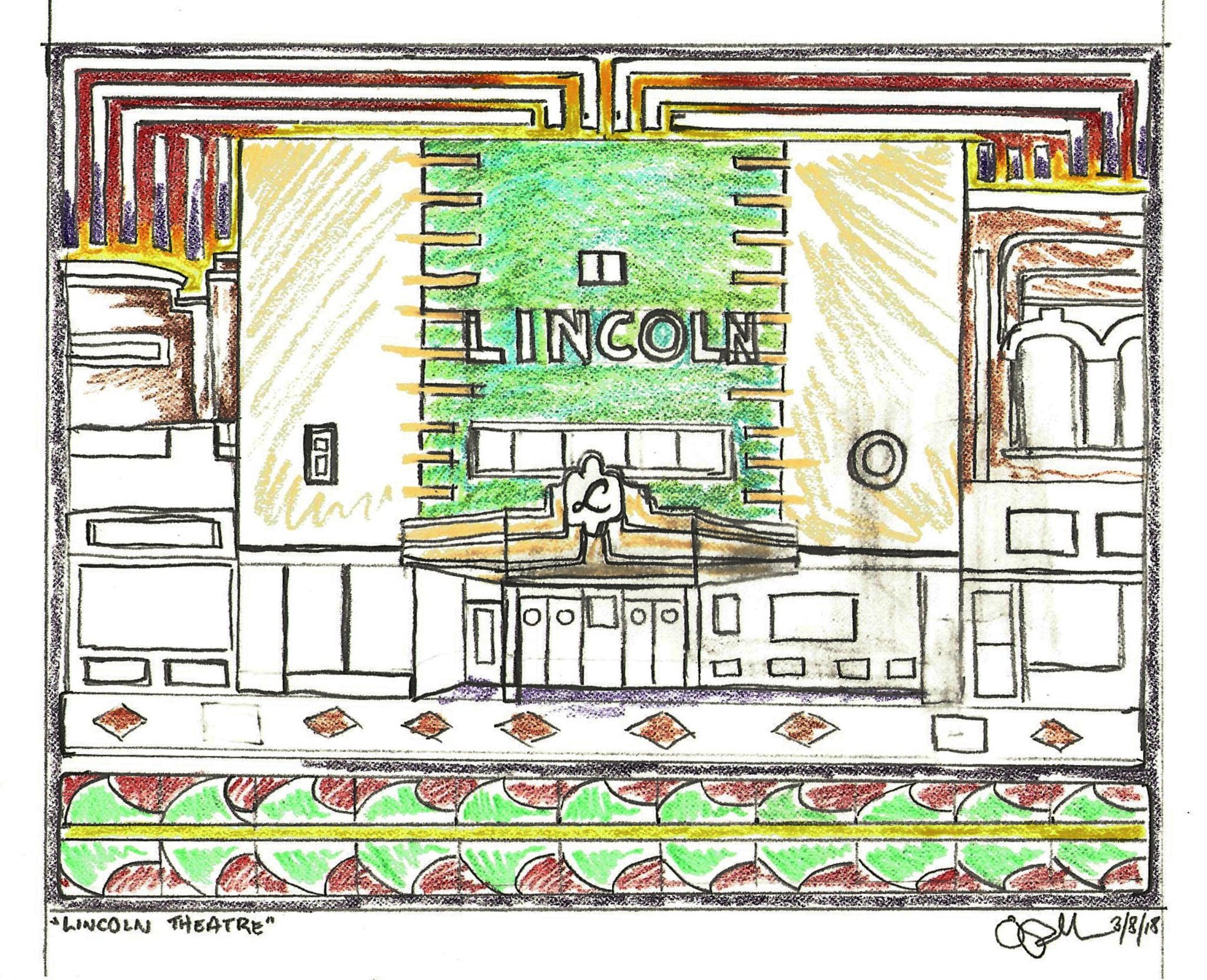 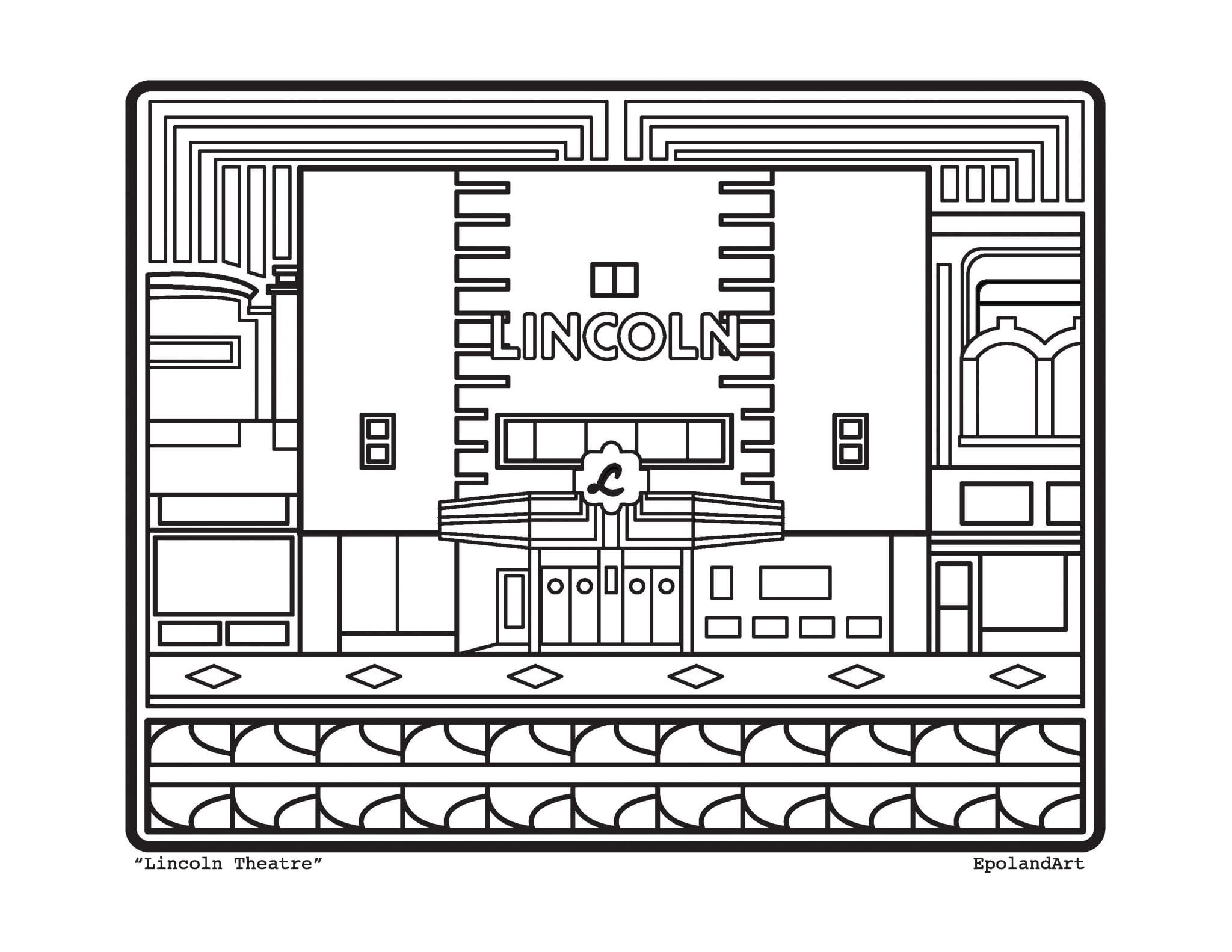 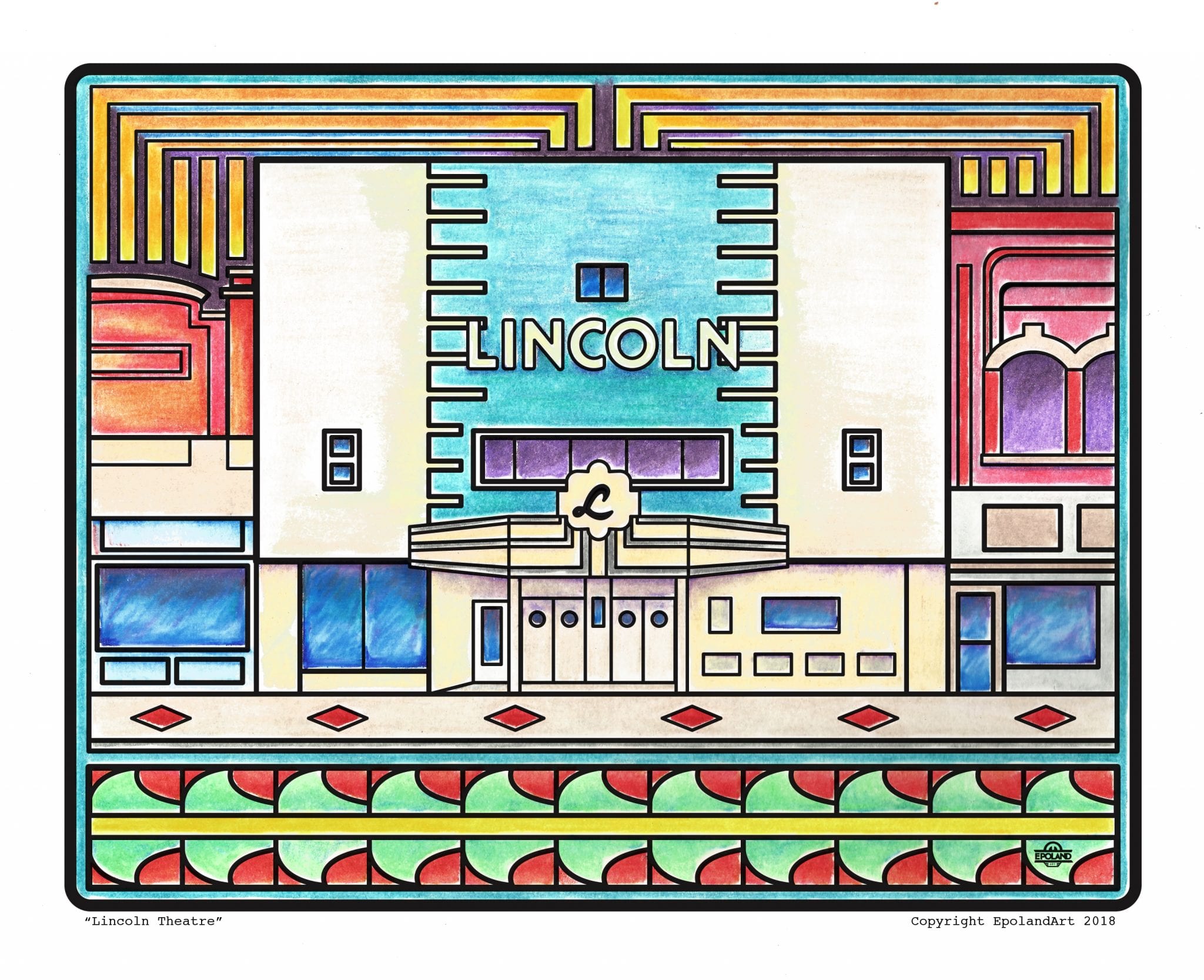 I have seen the Lyric and the Alabama Theatre depicted in paintings, drawings, photos, tile mosaics, hammered metal, mixed media assemblages, snow globes, even Lego replicas. The first time I saw Eric Poland’s artwork, I gasped in delight. All the colors of his Alabama Theatre were beautiful, but what caught my breath was the angularity. Such bold lines defined my childhood, comprised a lot of my first visual memories. My paternal grandfather ran a drafting school in Birmingham; as a child, I sometimes absconded from its empty classrooms with binders full of mimeographed drafting lessons that I turned into coloring books. Poland’s architectural illustrations reminded me of my varicolored visions. My 5-year-old scribbles weren’t much to look at, but this grownup had achieved everything the Crayola box promised — and more.

Heroic artist and human-connector Veronique Vanblaere put me in touch with Eric Poland in February 2018, not long after I visited the Lincoln for the first time. I had never commissioned a work of art before, but I had a hunch that Poland would have a vision for what the theatre could be. I cheered when he sent his first rough sketch. I shouted, YESSSSSSSSS, when he sent the finished black and white drawing. When he sent the final colored pencil drawing, I cried with happiness. In fact, I liked it so well that I briefly considered keeping it. Instead I surprised André and Mary with the picture. The artist’s colorful vision of the 21st century Lincoln inspires us every day.